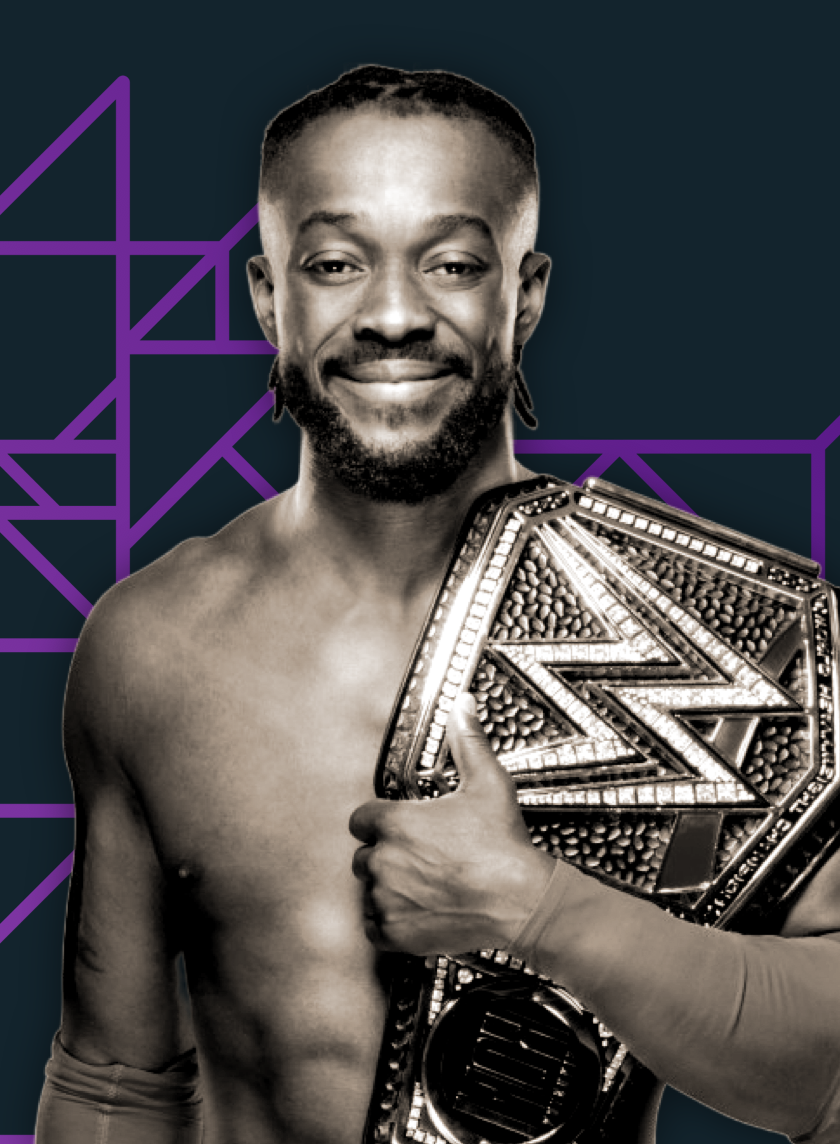 World Champion Kofi Nahaje Sarkodie-Mensah is a strong and confident #PowerInfluencer more commonly known as the True Kofi Kingston. He is the first African-born WWE Champion and a member of the very successful The New Day Group. (along with Big E and Xavier Woods on the SmackDown brand).

Kofi was born on August 14, 1981, in Kumasi, Ghana. After graduating from college, Sarkodie-Mensah decided to pursue a professional wrestling career. He began performing on the New England independent circuit as a Jamaican wrestler by the name of Kofi Nahaje Kingston. After signing a developmental deal with WWE in 2007, he shortened his ring name to “Kofi Kingston”. Kingston debuted in WWE in 2008 using the same Jamaican character. In late 2009, he started being billed from his home country of Ghana.

Kingston, under the nickname Mr. 24/7, frequently appears on fellow WWE wrestler, Xavier Woods’ YouTube channel UpUpDownDown. In 2017, he published The Book of Booty: Shake It. Love It. Never Be It with Big E and Xavier Woods.

Kofi Kingston aims to inspire people all around the world as a WWE Champion. He is working with UNICEF to spread goodwill across the world, beginning with a trip to his homeland of Ghana. Kingston use his standing and influence to encourage local Ghana youth to follow their dreams.